An Engagement Ring for Christmas – Part 3 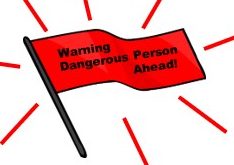 Have you picked up on any red flags as you were reading parts 1 and 2?

Eva and Jessica were sitting in Jessica’s living room when her phone rang…again. It was Jason, who was phone stalking her. She finally answered.

“Eva!” He sounded angry. “I’ve been calling you. Did you get my message?” His voice changed again. Can you come back over, and talk?” The sugary sound of his voice gave Eva pause. He often flipped the script mid conversation. He could be sweet and sour in one sentence, which confused her. She loved him and he loved her, didn’t he?

Jessica was completely against Eva going to see Jason because she had a bad feeling about him. “Eva, you are not going over there, right!”

“I love him Jess. We just need to get to know each other better. That takes time. I’m not going to run away after the first argument. I just need a thicker skin. I’m too sensitive. We have plans Jess…plans to be together for a lifetime.”

Eva’s phone rang again. It was Jason, again, wanting to know if she’d left yet and if she’d bring a bottle of wine to celebrate because he had good news. Ignoring Jessica’s pleading, and battling back the sinking feeling that was blossoming in her stomach, Eva put her shoes on and left.

Eva’s body began doing strange things as she walked down the stairs and along the asphalt driveway toward her car. She replayed the conversation she and Jessica had just had. Jessica was pleading with her not to go to Jason’s house. But why? Her heart began to race, it felt as if she was gasping for air, and she felt her muscles tense as she reached for the door handle. Her hands were shaking so badly that she dropped the Smart Key. Bending down to pick up the key, her purse slipped from her shoulder spilling all the contents out. Breathe, Eva. She thought.

Finally, getting the last of the purse contents back into her purse she managed to open the car door and climb into her car. Before putting on her seat-belt, she sat for a few minutes, trying to catch her breath. Her heart was still racing. She chalked that up to excitement. Just before depressing the brake pedal and pressing the ENGINE START/STOP button, her phone chimed again. It was Jason.

She depressed the call button on her Bluetooth headset and trying to sound cheery, said, “Hey there!”

“Where are you!” He sounded angry. “I expected you’d be here by now! You okay?”

“Really? You said that ten minutes ago! You got the wine?” His voice was flat, monotone.

“No, I don’t have the wine.” She felt like she was letting him down. “I don’t feel good Jason. I’ma go home, maybe come by your house later.”

Screaming into her ear, he said. “Why not! Didn’t I tell you to bring wine! Can’t you do anything right?”

Eva’s stomach felt queasy and began cramping. She began sweating profusely, then her head began to pound. “I’m n-not feeling w-well, Jason.” Saliva began filling her mouth. She managed to pull to the side of the road, park her car, and open her car door…just before she emptied her stomach contents out onto the ground.

Jason heard something happening but wasn’t sure what he was hearing. “Eva! What’s happening! Why do you have to ruin everything! See, I had a surprise for you.” He heard the sound again. It sounded like she was throwing up. “Eva! Eva!”

Eva managed to take a deep breath, just before the second round erupted from her mouth. She could hear Jason shouting. She threw her Bluetooth off just as the third violent eruption hit. After a few minutes, she felt a little better but still unsteady. What is going on? She couldn’t decide if she should go home to take care of herself or continue to Jason’s house. I feel a little better, she thought. Then she heard go home. She’d heard that still small voice before and it was a warning. Was it this time?

Her phone beeped. It was Jessica pleading with her again, not to go to Jason’s and begging her to go home. She had been praying for Eva from the time she’d backed out of her driveway. Praying that God stop Eva from going into danger.

At this juncture I am going to present two different scenarios as to how this true story ends. Sadly, both situations occur in abusive relationships.

When Eva got home, Jessica was in her driveway. Eva’s phone began ringing. “Ignore it, Eva I have to tell you what I found out about Jason. Jason, a.k.a. Oliver Brown has two recent and open cases for domestic violence. His wife pressed charges after he punched her so hard that she is permanently blind in her left eye. And there’s more. He recently lost his job because the law caught up with him…and, he stole your engagement ring.”

Jessica was dumbfounded. How is this even possible? It sounds like something from a movie. She was going to be sick again and ran to the bathroom.

Before closing the door, she heard three loud, single popping sounds. That sounded like gunfire, and close. But it couldn’t be. She rinsed her mouth out. “Jess, I’m gonna take a quick shower.” She yelled through the door.

Jessica was dead and Jason was walking toward Eva’s bathroom.

Eva had just made it to Jason’s house when Jessica called to warn her not to go. Eva told her not to worry and that she’d call her on her way home. Jason gathered Eva in his arms and held her as she cleared the entryway. He was happy to see her. “I noticed that you don’t have the wine. That’s okay. We don’t need it anyway. Sit closer, I want to hold you in my arms.”

Eva smiled. She knew everything was going to be fine; that warm hug told her so. They would grow old and gray together with their kids surrounding them. Jason told her that he’d gotten a new job. The opportunity of a lifetime. Filled her in on all the perks of the new job, the salary, etc. then hit her with a bombshell. The job was in Canada and they’d have to relocate. When she didn’t catch his enthusiasm, his entire mood changed…the script flipped. He began to slowly pinch her arm, digging in his fingernails…seemingly unaware of what he was doing. Eva told him to stop and he asked her what she was talking about.

He stared into her eyes penetrating her soul. For some reason, she couldn’t make herself look away. The pure evil she saw frightened and repulsed her. Then, she felt a distinct chill and was overwhelmed by a powerful menacing darkness. Her mom always told her that the eyes were the windows to the soul. There was no soul behind his snake eyes. He finally stopped pinching her, which snapped her out of the trance she was in, stood up and began to pace. Things weren’t going the way he’d planned. Eva had had enough and had decided to leave. Jason grabbed her by the hair as she walked past him on her way to the door, snatching her backwards. When she hit the floor everything changed, suddenly.

Jason pulled her gently to her feet and embraced her. Through tears, he told her that he didn’t mean for her to slip and fall. He only wanted to stop her from leaving so they could work things out. He professed his unending love for her, pulling at her heartstrings. He must love me, he’s being vulnerable. If I’m patient with him, everything will be alright. Didn’t everyone get cold feet before getting married?

A lot of people get engaged at Christmas. Some without considering what they are walking into. Don’t get swept up in your emotions and feel that you must commit just because you have a ring and have set the date. Even if the invitations have gone out and the church is booked, if the Holy Spirit shows you signs (red flags), it is for the best. This is not the person for you.

Is there something troubling you about your dating relationship? Pay close attention. You have the right to put the brakes on at any time. Like to learn more about what to look for in an abusive person visit: https://www.focusministries1.org/help/domestic-violence