The Honeymoon of Little Wife 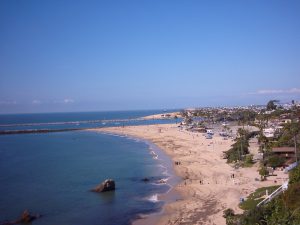 First there was the Courting of Little Wife.

All the pretty promises, all the exotic and romantic candlelit dinners, the gifts beyond reason, the shopping trips with unlimited budgets, the Broadway shows where Little Wife was dressed to impress.  Oh the grandeur, oh the glory, oh the love!  Little Wife was the princess in the Fairy Tale that she always dreamed of and Big Man was her Knight in Shining Armor.

When he proposed marriage to Little Wife, how could she ever refuse?

And then there was the wedding planning, the guest lists, selecting the chapel, previewing the menu items and the DJ for the reception.  So many details and so many choices.  Little Wife knew it would be her most wonderful day, so she let Big Man make those decisions.  He seemed so wise and obviously had her best interest in mind.

She smiled happily and blindly through the wedding ceremony.  Walking down the aisle with parents on each arm, she knew that this was the beginning of a wonderful, loving life with her Big Man.  The hundreds of guests all smiled back at Little Wife and she felt like she was the center of the universe.  As she looked to the front of the chapel on her trip down the aisle, she spotted Big Man waiting for her and tried to ignore the butterflies in her stomach.  All brides are nervous, she told herself.  The butterflies turned to hurricanes as she reached for his hand in marriage.

There was the whirlwind wedding dinner and dance.  There was the wedding night in a grand hotel where nothing happened.  There was the delirious departure for the airport.  The flight across the country, over the mountains and landing finally in California, the magical place where dreams come true.

After Big Man had his nap, he announced that they would rent bicycles and ride along the coastal highway from one beach town to another.  Little Wife looked out the window of the honeymoon cottage, noting the midday blazing sun and the clouds on the horizon.

“Big Man, do you think it’s a very good idea to ride ten miles on a bike today?  I am rather weary from the traveling…” and Little Wife’s voice trailed off as she realized that when Big Man said it was time for a bike ride, he did truly mean what he said.

They climbed aboard their bicycles and headed south to Huntington Beach, a place that Big Man had always longed to visit.  A place where lovers walked in the sand and gazed into each other’s eyes… where surfer boys had met their waves and wives for so many generations.

Not too many people know that Little Wife has a neurological condition called multiple sclerosis which flares up and is exacerbated by heat and humidity. But Big Man did know about it.

As the California temperatures climbed into the 90’s and the newly wedded couple began their journey to the next beach town, Little Wife began to feel her legs growing weaker and weaker, and the vision in her Pacific blue eyes became cloudier and fuzzier because of the neurological and weather conditions.  She found it more and more difficult to pedal her little bike along PCH 1, the very busy highway that connects the beach towns of sunny southern California.  She fell further and further behind Big Man who was strong and in control of every situation.

Little Wife called out to him, “Wait for me, Big Man.  I don’t feel well, I am afraid that I can’t keep up with you.  Please wait for me.”  But her little voice was lost in the roar of the fast cars that sped along at 75 mph along the highway, all oblivious to the plight of Little Wife.

She struggled along as best as her little legs could pedal, but it was no use.  She couldn’t catch up and Little Man disappeared far far away in the distance.  Tears welled up and rolled down her cheeks as she kept her head down to overcome her fear.  She knew that soon a speeding California car would veer just a little to the side of the highway and she would be thrown into the ocean and lost forever in the sand and surf.  She prayed that her ending would be swift and painless.

But miracle of miracles, Little Wife did not die that day.  After an hour of slow and painful riding, she did finally arrive at the Huntington Beach where Big Man was sitting in the shade sipping a cold beer that he had purchased at the oceanside bar.  “Oh there you are, Little Wife!” he called out.  “Why are you so slow?  Why didn’t you keep up with me?  You know I hate bike riding alone.  Why does it always have to be about you, Little Wife?”

Tremendous waves of salty tears flooded the face of Little Wife as she gazed out over the beautiful blue-green Pacific Ocean, and she realized that for her, the honeymoon was over on the honeymoon.

3 Comments on “The Honeymoon of Little Wife”